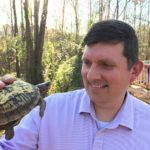 Scott served on AWARE's Board of Directors from 2014 until he stepped into the role of Executive Director at the start of 2017. Before joining AWARE, he worked as both a structural engineer for Southern Company and a construction litigation attorney for DLA Piper, LLP.  Scott is a lifelong Atlantan, and says he is delighted to get the chance to help AWARE protect Atlanta's wild animals. When not at the AWARE center in Lithonia, Scott enjoys listening to the music of They Might Be Giants, rooting for the 1907, 1908, and 2016 World Champion Chicago Cubs, and caring for his and his wife Nan's cats, Bean, Foster, and Xander. 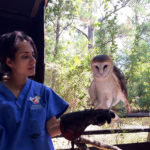 Marjan began volunteering at AWARE in 2005, before the center had even opened to the public. She was trained as a rehabber by AWARE’s founder, Michael Ellis, until she was hired as a Wildlife Care Supervisor in 2010. In 2017 she was promoted to Director of Animal Care, a position in which she manages all aspects of AWARE's animal care efforts, including rehabilitation, ambassador handling, volunteer management, non-releasable placement, and a variety of side projects.

Marjan received her B.S. in Biology from Kennesaw State University in 2009 and M.S. in Neuroscience at Georgia State University in 2015. She is also on track to become a licensed veterinary technician in 2018. Marjan has worked with native, domestic, exotic, and research animals in veterinary hospitals, zoos, and rehabilitation centers all over Georgia. She currently serves as the Certification Director for the International Wildlife Rehabilitation Council.  Perhaps most importantly, Marjan will never forget her beloved pit bull, Little Mama. 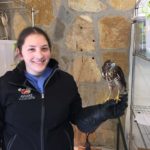 Marielle began volunteering at AWARE in 2014 and was hired as a Wildlife Care Supervisor in 2015.  That same year, she graduated from Kennesaw State University, with a bachelor's degree in Environmental Science. In 2008, Marielle was a member of the Ocean Blue Education Reef Check team. At home, Marielle spends time with her Border Collie mix, Shanti. 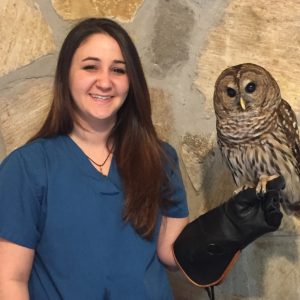 Sami has had a lifelong drive to better the lives of animals. This passion influenced her path through school where she received her B.S. in Biology from the University of Georgia in 2016. She began volunteering at AWARE, where she found herself moved by the connection between rehabilitating wild animals and limiting the effects of human impact on the earth. She joined the staff in 2017, and continues her work with AWARE's Creepy Crawlies that she began as a volunteer. In Sami's free time, she enjoys spending time outdoors and enjoying nature, while also making connections with other people. 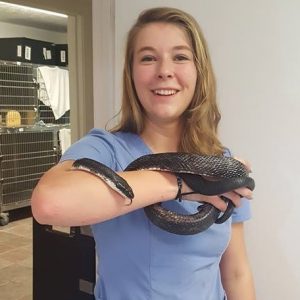 Emily attended Armstrong State University before beginning as an AWARE volunteer in early 2017. At AWARE, she realized helping wildlife was her calling. She completed one internship and started another before being hired in early 2018. She also coordinates AWARE's community service volunteers. 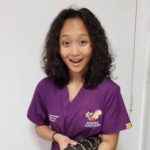 Lovely graduated from Georgia State University with a Bachelor's Degree in Biology in May 2019. She began volunteering at AWARE in May of 2018, served as an intern, and was hired as a Wildlife Care Supervisor in November of 2018. At home she cares for her two pups, Zaiross and Winter, and her favorite species to work with are opossums. Finally, her puffy parka is the envy of the Atlanta fashion scene. 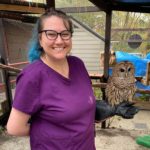 Alex began volunteering at AWARE in the summer of 2018 and was hired as a Wildlife Care Supervisor in the fall of 2019. Prior to joining AWARE, she earned a Bachelor of Science degree in Biology from the University of Alabama at Birmingham, with a concentration in Marine Science and a minor in Chemistry. She also has ten years of experience as a professional dog groomer. When not saving wildlife at AWARE, Alex likes to hike, read, and spend time with her partner, Sarah, their three cats, Ion, Watson, and Frida, and their dog, Barnaby.

Special Thanks to Our Major Contributors